Mr. Mattsson is the inventor of more than 70 patents in the areas of Encryption, Policy Driven Data Encryption, Internal Threat Protection, Data Usage Control and Intrusion Prevention. One line of his research during the last 15 years is in the area of managing and enforcing security policies for databases, including joint projects with research and development teams at IBM, Microsoft, Hewlett-Packard, Oracle, Sybase, Informix, Teradata, and RSA. 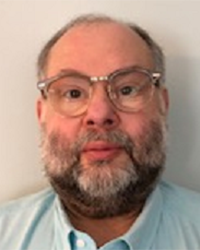 Jeffrey Steinberg is an experienced business professional with a successful career in venture capital, investment banking, business development, arbitration and administration. From 2014 to 2017 he was Senior Vice President of Corporate and Business Development for Pharmathene, a publicly traded biodefense company until successfully identifying and negotiating a merger with Altimmune. He successfully managed the recovery of over $200 million dollars from a company that declared bankruptcy to avoid paying a judgement, including serving on the official Creditors Committee. Prior to Pharmathene, he was the Administrative Partner and Vice President of Legal Affairs for HealthCare Ventures LLC, a leading venture capital firm, specializing in Biotechnology and Healthcare. He was a founder of HCV in 1985 and remains a consultant. Mr. Steinberg was responsible for negotiating the terms and conditions of the HCV funds and portfolio investments, divestitures, mergers and acquisitions, stock trading, real estate transactions, litigation, technology, compliance and regulatory and SEC matters. HealthCare Ventures raised over $1.6 billion in nine venture funds and invested in over 150 companies, the majority of which were started by HCV. Of these 26 have become public and 37 have been acquired by or merged into public companies. Notable HealthCare Ventures investments include companies such as Human Genome Sciences, LeukoSite, MedImmune, Shire Pharmaceuticals, and Vicuron Pharmaceuticals.

Prior to HCV, he was Senior Vice President of Operations for Steinberg & Lyman, an investment banking firm, responsible for trading, compliance, back office operations and technology. Before S&L, he was Vice President of Investment Banking for D. H. Blair & Co. focusing on mergers and acquisitions, initial public offerings and financing strategies for technology companies.

Mr. Steinberg is an officer in the U.S. Coast Guard Auxiliary, the uniformed volunteer component of the US Coast Guard. Mr. Steinberg has served as an arbitrator for over 30 years for FINRA, the Financial Industry Regulatory Authority, and for the American Arbitration Association.