Desktops, laptops, and servers are not the only targets for malware and hackers. Malware and remote attacks are becoming more prevalent for mobile phones and tablets. There is no real option for anti-malware or Intrusion Detection and Prevention Systems (IDS/IPS) for most phones and tablets, and Androids have so many vulnerabilities that it’s near impossible to patch them all, leaving them open to remote hacking attacks. Open Wi-Fi networks, such as those in airports, hotels, and coffee shops amplify the risk by allowing your information to be captured unencrypted and read by anyone nearby, including passwords and credit card numbers.

REMTCS has the solution. Introducing REMTCS RedWolf. Utilizing military strength AES-256 encryption, RedWolf connects your mobile device by VPN to our cloud-based PASS cybersecurity platform, where all network traffic is scanned for malware and hacking threats prior to being sent to, or received from the internet. 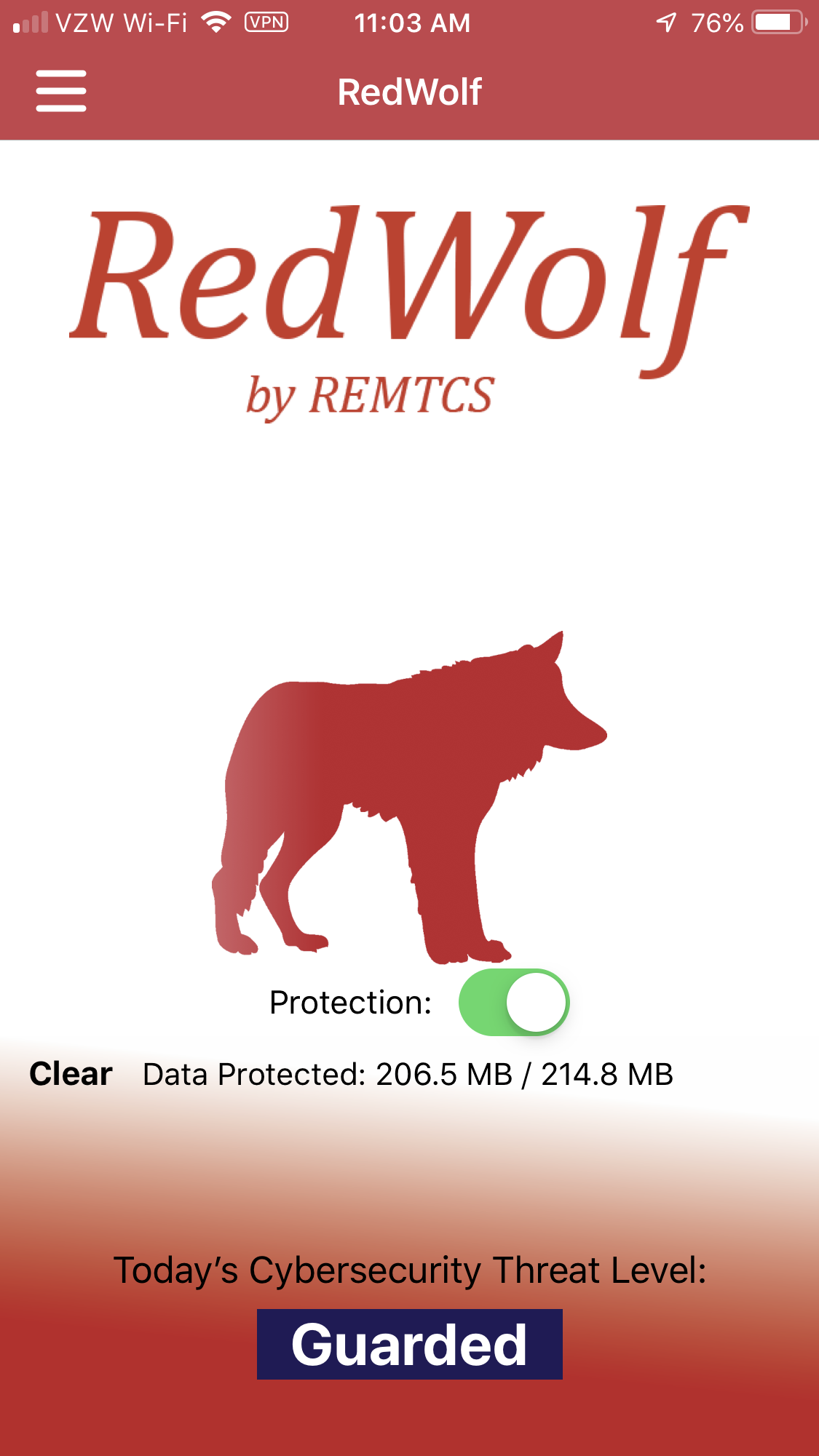 Give your mobile devices the ultimate in protection.

PASS is a proactive, fully autonomous integrated cyber threat solution that detects, classifies, and kills known, unknown, and variants of malware and other threats, then deploys countermeasures in near real-time. PASS can also identify and resolve Zero-Day attacks within minutes where the industry average is over 200 + days to detect, and another 70 + days to remediate. PASS not only identifies known threats, but de-engineers the signatures to recognize the characteristics and behaviors of potential attacks to predict future attacks. With our collective detection and response system, malware or hacking threats detected by any of our RedWolf clients are immediately blocked for all of our clients.

The end result is that your mobile device now has the same protection as our enterprise clients. In addition, with RedWolf’s AES-256 VPN encryption that is always on, you don’t have to worry about connecting to open Wi-Fi networks. Your network traffic to and from the PASS cloud is always encrypted to military standards. Plus, RedWolf’s VPN hides your real IP address from hackers and other cyber spies making you invisible to the world.